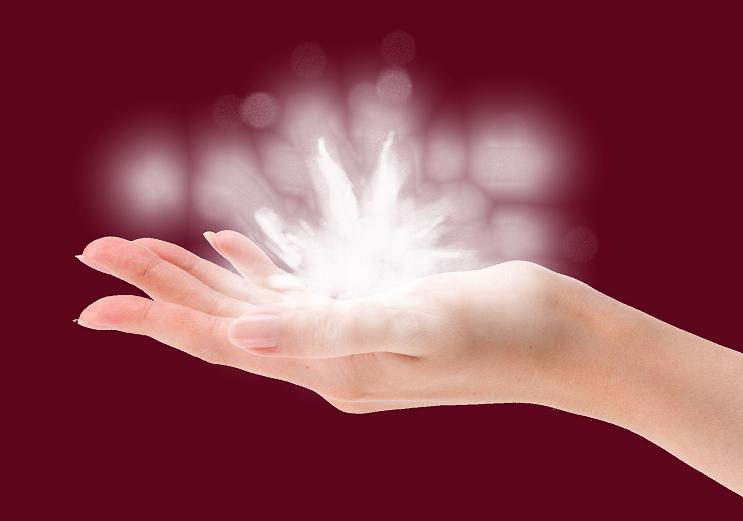 Sometimes when you least expect it, something utterly fabulous slips quietly into your life. This is how Reiki entered my world. My mother was very ill and someone offered to do “distance Reiki” – no-one in my family had any idea what it was, but Mum said she would like to try it. That was my introduction to Reiki – something I didn’t know about and didn’t believe in; just something Mum had agreed to try out.

But then, a week later, Mum was fully healed! Her doctors had no explanation for it and I began to wonder if there really was something to this “Reiki thing.” I know now that Reiki is a wonderful, positive energy that helps physical and emotional healing, brings mental clarity, and supports spiritual growth.

The Japanese word “Reiki” means universal life-force energy. “Ki” is the equivalent of prana in Sanskrit or qi (pronounced chi) in Chinese. It is the pure energy that pervades the universe – it is not the energy of the Reiki “giver,” as many people seem to think. The Reiki practitioner is merely a channel for universal energy.

There are two ways of doing Reiki – hands on and distance. In hands-on Reiki, the practitioner gently places his or her hands on different parts of the body and uses intention and focus to channel the energy there. The person receiving Reiki may feel powerful energy moving within them or they may just feel very subtle energy shifts. Each person experiences it differently.

In distance Reiki, the Reiki practitioner uses focus and intention to channel the energy to the recipient wherever they may be in the world. One of the most wonderful experiences I have had as a Reiki practitioner was doing distance healing for a 19-month-old boy who had fallen head first onto a concrete surface from a 2nd floor balcony. I met the boy’s aunt in the Philippines just after the boy was admitted to the intensive care unit (ICU) of a hospital in the United States. That night I did several bouts of Reiki for him.

In the morning I received an email from the boy’s aunt. “Somehow something amazing must have occurred last night/today because Anthony is now out of the ICU,” she wrote. “The doctors are really amazed at his recovery – it is completely beyond their expectations. He is now on the pediatric floor instead of the ICU, and will make a full recovery with time.”

Reiki is done not only to heal from illness or injury, but also for overcoming emotional hurt or supporting one’s growth as an individual. In addition, it works very quickly to release stress or relieve depression.

Reiki was established in the early part of the 20th century by Dr. Mikao Usui of Japan. Traditionally, there are three levels of Reiki learning in the Usui system: the first level enables you to do hands-on healing, the second to do distance Reiki and a Reiki Master is qualified to teach as well as practise Reiki.

Pamposh Dhar is a Reiki Master, meditation teacher and counsellor. She runs the Terataii wellness centre in Singapore. Visit the website: www.terataii.com.sg or the Facebook page: https://www.facebook.com/terataii.reiki.development