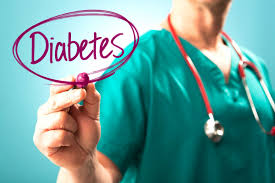 Health is the real wealth and to manage this wealth Naturopathy can play important role in our life. Lady of the house is considered the pillar of a family and to make her family healthy she herself has to be healthy and happy. To help womenfolk to achieve excellence in health Women Lines is committed to create awareness. It is such a pleasure to introduce  Saravanan Naturopathic Physicians as an Influencer for Naturopathy on Womenlines panel. This month Dr. Saravanan Naturopath is giving tips to how to manage Diabetes naturally-

Diabetes is the most prevailing health problem in Singapore now. Any one is susceptible from any walks of life is prone to this condition. The count of diabetes patients has seen a significant rise in the recent years and continues to increase at an alarming rate. Our Prime Minster has the speak about it at the National Day Rally 2017. Indians are the most affected by Diabetes followed by the Malays and the Chinese.

Fortunately, you can manage diabetes with proper care. With careful attention to your blood sugar level, medications and lifestyle modifications, you can avoid many of the complications associated with diabetes. Diabetes could be treated with various natural home remedies.

The food we consume is converted into glucose, the typical form of sugar in which dietary protein and carbohydrates are assimilated in humans. Glucose is transported by the blood stream throughout the body

Insulin is secreted into the bloodstream by the pancreatic beta cells in direct response to an increase in blood glucose concentration. This primary function of regulating proper blood glucose level in the body is achieved by releasing the glucose from the blood stream by entering the cells. Once the sugar is released from the blood stream, the pancreas stops producing insulin.The insulin receptors on our cells attract the insulin molecules that are in the blood stream. The glucose from the blood is passed to the cells through these receptors and the cells are nourished.When insufficient insulin is produced and or insulin receptors become insensitive to insulin molecules, the result is Diabetes.

Type 1 is Insulin Dependent Diabetes Mellitus. Conventional medicine classifies such diabetes happens due to unknown reasons or not totally understood, they maintain that it is genetically inherited and as well as auto immune disorders.

There are other medical practitioners who take a stand against the conventional medical system suggest that Type 1 diabetes is strongly influenced by pasteurized cow’s milk, artificial sweeteners and chlorine which is generally ingested into the body through drink tap water and shower. Chlorine depletes vitamin E and combines with vitamin E complexes to form alloxan. Alloxan is a chemical toxic to beta cells. Research had shown that children who developed type 1 diabetes generally have been breast fed for less than three months, and consumed either cow’s milk or solid food within the first few months of life. Another study had shown that children who did not drink cow’s milk within the first three months had a 40% reduced incidence of forming diabetes compared to those who drank cow’s milk.

Dr. John B. Classen in his studies observed that the hepatitis B vaccine, when given after 8 weeks of life, was associated with a 90% increased risk of diabetes.

Type II diabetes is also known as adult onset diabetes or Non-Insulin Dependent Diabetes NIDDM happens due to poor utilization of insulin and inefficient production of insulin. It is related to high cholesterol, elevated blood pressure, obesity, and insulin resistance. Syndrome X or Metabolic Syndrome is about blood sugar metabolism and it is directly related to insulin resistance.Those who suffer from metabolic syndrome are twice likely to suffer from stroke, heart attack and die prematurely.

How could you prevent diabetes or overcome diabetes?

Exercise – Regular activity with moderate intensity usch as brisk walking for 45 to 90 minutes daily. This suits everybody. Then others according to the capabilities could do cycling, swimming, weight lifting etc. Exercise makes muscle cells to be more responsive to insulin.

Food – Avoid all hyperglycemic foods. Foods that are high in glycemic index. Avoid foods made of refined flour like commercial breads, cereals, cakes, crackers, cookies, macaroni, spaghetti, all pastas, Anything made from refined flour makes the sugar to spike as high as refined sugar which has high GI at 100.Complex carbohydrates are beneficial. They are usually found in unprocessed vegetables and natural foods. These foods eliminate the sugar spikes.Other problem foods are packaged and canned foods. Sweeteners and artificial sweeteners and sugar added foods.

Supplements – Digestive enzymes, pycnogenol, resveratrol, algae like AFA, Chlorella, NAD, probiotics, prebiotics, and a good detox would help. Speak to a naturopath who could recommend what is suitable for you.

Saravanan has successfully helped diabetics restore a healthy metabolic activity and balance. You could contact him if you need his support.

Special promotion for people who have liked  https://www.facebook.com/womenlines/ . We are giving away for 10 people a 50% discount on your consultation with Saravanan. Valid till 15 September 2017. Kindly mention this code when you call 68365615 for you boyourng. CODE: IWANTTOBEFREE.