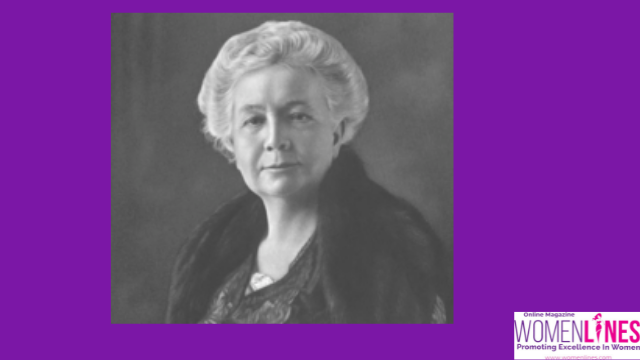 Anna Sutherland Bissell was a Canadian-American businesswoman who was the first woman CEO in the United States as the executive board member of the Bissell Corporation which was known for its carpet sweepers and vacuum cleaners. Anna was a successful businesswoman in the era when business was done by men only.

Anna married Melville R. Bissell at 19, and they became a joint partner in their crockery and china business. The Bissell Sweeper website recounts that Mrs Bissell complained to her husband about sawdust that was collected in their carpets and was difficult to remove, whereupon he made great improvements to a new invention called the carpet sweeper. Melville R. Bissell invented the Bissell carpet sweeper in 1876 and Anna took care of the sales of the sweeper.

(Inputs in the article are sourced from ‘Greater Grand Rapids Women’s History Council‘ and ‘ai-bees.io‘.)

Are you looking out for tools, strategies and tips to become a better version of yourself! Subscribe to powerful weekly content on leadership, health and business excellence at https://www.womenlines.com NOW!

Also read: Some Ways To Improve Your Fitness Regime