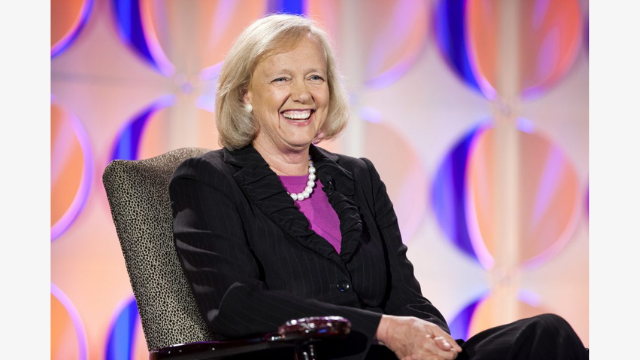 Womenlines brings to you a series of articles about top women entrepreneurs in the world! This month let’s learn from Meg Whitman, an American business executive and former political candidate’s work experience!

It is all about learning from the leaders friends!

As a woman in business, every woman aims for excellence, to give her best in her role, how to work towards the growth of her organization along with her team, how to face adversity and continue working wholeheartedly. There are so many odd situations where her knowledge is tested, her patience is tested and above all her integrity is tested. Meg Whitman is one such woman in business who is famous for her transformational leadership style!

Stop looking for the wrongs: While entering a new job, look for things which are going right in your new organization and amplify them. One shouldn’t just look for things to be fixed. Doing things that you are good at, in a better way is at the heart of a turnaround. (credit)

Appeal to the right brain of people: While reaching out to a large number of people, it is not the facts, figures or ROIs that wins an argument. It is the stories you tell, experiences you share that wins over people and makes them want to work towards your goals and theirs. . (credit)

Change takes time: She clearly outlines the fact that change doesn’t happen overnight. When she joined the firm, she set out on a 5-year plan. Yes, you read that right. 365*5 days is what she wanted to turn the company around wherein most of the corporate talks on a Quarter to Quarter timeframe. Have the conviction to convey the message that meaningful change requires quality time. . (credit)

Be brutally honest. During their first meeting, Whitman asked Pieri to list the things Keds was good at and to assign a grade to each. “I was saying A’s and B’s, and she was saying, ‘No, those are C’s, maybe D’s,’” says Pieri. But when Whitman expressed such criticisms she also took responsibility for them. And when things screwed up, “She always asked, ‘What did we learn?’”( Credit)

Recognize credit repeatedly. When someone–no matter how junior–came up with what Whitman considered a good idea, she would repeat it with that person’s name: “Well, Henry said….” And in meetings and conversations thereafter, she made sure to associate the idea with Henry. “What’s great is that it makes Henry want to have another idea and Jane want to have an idea like Henry’s,” says Pieri. She was gratified that Whitman repeatedly credited her with the smart decision to license Looney Tunes at Keds: a move former Disney executive Whitman had originally opposed. (Credit)

Courage… is an incredibly important trait I think for anyone in almost any field. You have to have the willingness to do things that other people tell you maybe can’t be done and to do them faster and in a different way.

Are you looking out for physical health, leadership skills, mindset health and image branding strengthening tools to be the best version of yourself? Subscribe to weekly powerful updates of Womenlines for free. Click https://www.womenlines.com!