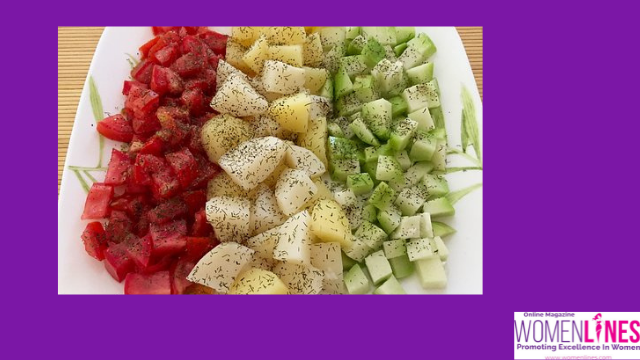 The skin is a complex organ. What happens here is often a reflection of what’s going on in the rest of the body.

Sometimes, the causes of skin conditions are not diet-related. However, in many cases, they are. The health of your diet shows up in your skin.

In this post, we take a look at some of the foods that you’ll need to eat to leave your skin looking fresh. We’re not saying that you don’t need to buy hydrocortisone cream if you have eczema. However, you can often improve the conditions that you do have by consuming the right diet.

Avocados are usual. They’re practically the only commercially-available fatty fruit. And so it should come as no surprise that they offer some pretty unique benefits.

Avocados can help keep the skin moisturized. They contain special types of fat that make their way to the area just under the skin’s surface, making it more supple and springy.

They’re also an excellent source of vitamin E, a popular ingredient in many face creams. Vitamin E is an antioxidant that defends the skin against UV and environmental pollutants, such as diesel.

A half an avocado is the equivalent of one serving, and is enough to leave your skin feeling supple and fresh in the morning.

Red grapes are another superfood that could potentially have anti-inflammatory effects on the skin. Grapes contain the compound resveratrol, a plant nutrient that lab testing shows slows the aging process.

The compound is effective because it changes the way genes express themselves in skin cells. It activates a group of enzymes called sirtuins which encourage cells to repair and renew.

During the process, cells recycle broken elements that can cause inflammation. So after eating red grapes for several weeks, you may notice that your skin becomes less blotchy and red.

Green tea is another powerful anti-inflammatory that leaves your skin looking clear. It powerfully reduces aging and contains protective agents, called catechins. Primarily, it defends skin against sun damage but also improves the moisture content of the skin, as well as its elasticity.

Dark chocolate is another powerful anti-inflammatory food for the skin – or better yet, the cocoa powder itself since it contains more phytonutrients from the cocoa plant

Studies show that chocolate may help to defend the skin against sunburn and improve blood flow. Research also indicates that it may thicken the skin and allow it to hold on to more moisture.

Soy and soy products tend to get a bad rap for a variety of reasons, but they shouldn’t. Soy contains multiple compounds called isoflavones that may reduce wrinkles and improve skin elasticity. They may also increase the production of collagen, leaving skin feeling smooth and strong.

You can get soy in many forms. The best way is to eat it in the form of the whole beans themselves, sometimes called edamame. You can also get tempeh, a type of fermented and packed soybean product that works well in salads and stir fries. Tofu is another option, however, you may find it too bland unless you mix it with a lot of other ingredients.

Broccoli has long held a position at the top of the superfood list, and for good reasons: it contains multiple elements that help to fight inflammation and keep the body healthy.

One such compound is sulforaphane. It has an anti-inflammatory effect, helping to douse the body’s immune response where necessary. It can also clear up free radicals, which may harm the body and leave it vulnerable.

Broccoli, like the other foods in this list, fights sun damage. Testing shows that it can reduce the number of skin cells killed by UV light by around a third, with protection lasting for at least 48 hours.

Again, there are many ways of including broccoli in your diet. Here’s a pro tip: try not to consume it by itself. Instead, mix it with other ingredients. This helps to bring out the broccoli flavors that you want while masking those that you don’t.

All three types of bell pepper – red, yellow and green – contain powerful nutrients that support the health of the skin. For instance, green bell peppers are extraordinarily high in the compound spermidine, a nutrient proven to slow the aging process in the lab.

Yellow and red bell peppers contain large supplies of vitamin A and C. Just a cup provides more than 100 percent of the RDA.

Bell peppers appear to reduce the risk of dry and wrinkled skin in older women. Tests have found that those who eat these salad vegetables regularly tend to be far more protected.

If you’re getting a little tired of regular potatoes, you might want to experiment with the sweet variety instead. Sweet potatoes are actually from an entirely different plant. They are not nightshades, like regular potatoes. Instead, they are morning glories but have surprisingly similar culinary appeal.

Why are they good for women’s skin? The main reason is the beta carotenes they contain: powerful plant compounds that act as a natural sunblock. These fabulous compounds incorporate themselves into skin cells and give you a healthy glow. The more you eat, the greater the effect. Don’t worry, though: you won’t wind up looking orange like a sweet potato. Your body will set limits.

Like avocados, sunflower seeds contain nutrients that help to keep the skin supple. You don’t need many, either – just a couple of tablespoons on your oatmeal in the morning.

Sunflower seeds are high in vitamin E, a nutrient that is typically lacking in a standard western diet. They also contain high concentrations of important minerals, such as zinc.

Berries are among the most anti-inflammatory foods available. They contain compounds called anthocyanins which appear to potently activate the skin’s natural aging defences.

They also activate the production of a type of white blood cell, called a natural killer cell. These can scavenge germs in the blood and reduce unwanted immune responses across the body as a whole. This effect can then improve the quality of the skin.

People with skin conditions sometimes apply turmeric topically. This isn’t generally advised, since it can stain the skin yellow. However, consuming turmeric is a different matter. Multiple studies show that the ingredient has a powerful anti-inflammatory effect across the body, reducing blotchiness and redness. It may also have other effects, including fighting diabetes and arthritis.

Turmeric is easy to include in many recipes, not just curries. It has a mild, nutty flavor. You only need a small quantity to get the skin-beautifying benefits. Just half a teaspoon will do.

Cherries are slightly unusual. While they contain many inflammation-fighting compounds, they also help with sleep. Cherries contain a natural source of melatonin, the sleep hormone. People who eat cherries in the evening find that it helps them to sleep better which, in turn, benefits their skin. It also reduces an inflammatory marker, called CRP, which is also implicated in a variety of skin conditions.

There are many ways to enjoy cherries. You can sprinkle them over your oatmeal, eat them with natural yoghurt as a dessert or chop them into a fruit salad. Even if you buy tart cherries, try to eat them raw. This way, you’ll get the maximum benefits.

So there you have it: the top anti-inflammatory foods that will leave your skin looking gorgeous. Which will you try?