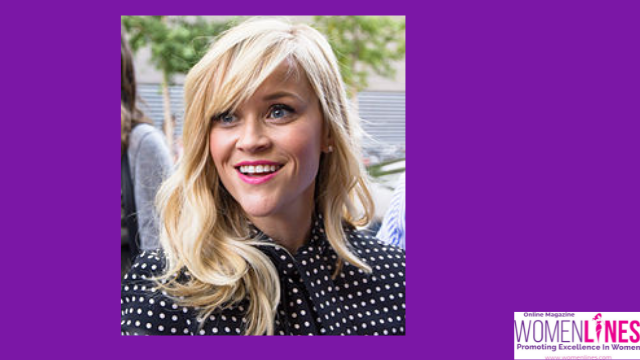 The recipient of various accolades, including an Academy Award, Golden Globe Awards, a British Academy Film Award, a Screen Actors Guild Award, and a Primetime Emmy Award, Reese is one of the highest-paid actresses in the world. Time magazine has named her one of the 100 most influential people in the world in 2006 and 2015.

As Reese was getting frustrated with the roles she was getting, she started her own production company, Pacific Standard, in 2012. Through Pacific Standard, she has delivered major hits like ‘Gone Girl’ and ‘Wild.’ In 2016, Reese partnered with Otter Media, a division of AT&T’s WarnerMedia, to launch Hello Sunshine, which focuses mainly on female-driven stories. It now operates a book club, audio programming with Audible, two podcasts, a video-on-demand channel with DirecTV and is collaborating with Apple. A Blackstone-backed media company is purchasing a majority stake in Hello Sunshine in August 2021, valuing it at $900 million.

1. Focus on finding a solution to the problem you are facing in your work

Reese was told once by her finance manager that she should start saving for her future more as she won’t be earning much later part of her life. Instead of sulking, Reese started putting efforts into finding the solution and unleashed the entrepreneur version of herself by starting a production house. Women in business once start focussing on getting the solution to the problems they are facing will have to face fewer challenges to overcome.

2. Be bold to take risks in Business

While running her production house business, Witherspoon challenged herself in 2013 by launching a fashion brand ‘Draper James’, a Southern-inspired clothing and home line, with a flagship store in Nashville. Female entrepreneurs have to work upon their appetite to take risks in their businesses.

3. Be confident enough to say NO to things you don’t believe

Reese’s production house Hello Sunshine never took funding from major studios because they never agreed to the idea of making more than one women-centric movie. Witherspoon was confident enough to say no, and so far it seems like she has taken the right decisions. Females in business can learn to follow their intuition once they start saying no to things they are not comfortable doing.

4. Dig deep in what you are passionate about

This is a golden lesson to be learnt by female entrepreneurs! When things aren’t working the way they should in your business, turn to your comfort zone and focus your energy on something that you are having a passion for. With Witherspoon, her love for reading helped her when she was not getting her dream roles. She started her own production house and started making movies on the stories which she enjoyed reading most. Every woman in business should be aware about one thing she is crazily passionate about

5. Collaboration is the key

Reese started her own production house and thus also create multiple opportunities for countless other women like other actresses, directors, the authors writing her book club picks. Witherspoon highlights the importance of collaboration over competition which is quite reflected in her collaboration with Nicole Kidman for making the hit series Big Little Lies. Power to collaborate shows that you are very well aware of your skills and weaknesses and open to working together with others to achieve a bigger vision. Females in businesses should be having big heart to collaborate with others.

Also read: Best tips for women in business to thrive