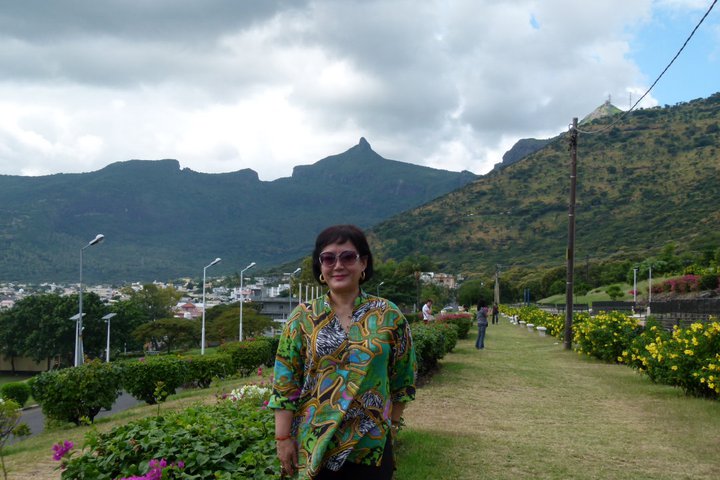 If you have a dream and you are passionate about it, nobody can stop you in achieving that.
Shobha Bhalla’s success story justifies this quote.  It sets a live example in front of all women entrepreneurs who share the burning desire.
Shobha has attained iconic status as a CEO of ‘India Se’ in Singapore. In an exclusive interview to Women lines, Shobha talks of her life and work.
Shobha Tsering Bhalla – CEO & Editor-in-Chief, is an entrepreneur in the field of Print media. India Se, a magazine produced by Non-Resident Indians (NRIs) for NRIs about NRIs, is her brainchild and has recently celebrated 4 years of excellence in Singapore. It is a leading lifestyle magazine for NRIs in Singapore.
India Se-  a name which was coined by Shobha herself. She dreamt of it when she presented a white paper to highlight the need for such a publication, catering to the ever growing Indian population in Singapore. She says that “Five years back Indians had reached a critical mass and a critical achievement level but, alas, there was no global media platform to talk about our achievements, aspirations, our culture or multitudes of cultures.” It was that time she conceived the launch of a magazine which does just that.

Shoba’s passion to pursue her dream project led her to resign from her cushy job and give to Singapore – ‘India Se’ on May 27, 2007. A naturalized Singaporean, veteran journalist and a former banker Shobha was prepared with all required skills to start a magazine. She was the pioneering Managing Editor of Lycos Asia – in charge of Internet content for 9 countries in Asia. Prior to that, she worked as Regional Research Editor in the equities research division of ING Barings and earlier, as a Research Editor at OCBC Investment Research. From 1989 to 1997, she was also a senior correspondent in Singapore ’s oldest national daily ‘The Straits Times’ and more recently Editor of the Impact and Property sections of Singapore ’s 2nd largest circulating newspaper TODAY.
Shobha was Born in Sikkim, India. After graduating she began her working life as a management trainee and correspondent banking officer at the State Bank of India, India ’s largest bank and moved to Singapore with her businessman husband 25 years ago. Shobha’s aggressiveness towards achieving excellence in whatever work she does and hunger for success differentiates her from others. She says “Hard work is only key to success”. At present, her main challenges are to get quality output for her magazine and source the require finances to keep it running. Just like herself, she demands the same passion from her staff.

“As NRIs, we are among the most educated and highest earning ethnic minorities in our countries of domicile – making the term NRI a metaphor for success everywhere”. While sharing about the objective of ‘India Se’ as a magazine Shobha comments “While India Se is a magazine dedicated to issues that are important to NRIs and Person of Indian Origin (PIOs) it is not restricted only to these groups of recent Indian immigrants. As a cultural and lifestyle magazine, it also seeks to connect, inform and entertain all people of Indian origin even those a few generations removed, who identify themselves culturally, ethnically and emotionally as Indians. But in doing so, it does not exclude non-Indians who may want to find out what makes Indians – especially overseas Indians – such a powerful and vibrant economic and cultural force globally.”Focus of India Se “she shares “is on informing and entertaining an international audience of highly educated readers. ”
Recently Shobha was a speaker at a forum in programme ‘Breaking Barriers 2011’, organized by Women’s Indian Network (WIN), which is part of Singapore Indian Chamber of Commerce and Industry(SICCI)  and Narpani Ladies committee, where she addressed a large crowd of women entrepreneurs.There she shared how proud is she to be a woman and does believe in woman power. She says ”If women can raise lovely families they can perform better in workforce undoubtedly. ”Shobha considers Anita Roddick, owner of ‘Body Shop’ as her idol and is inspired from the way Anita has set up the whole concept of ‘Body Shop’ chain.
India Se’s vision is to become Asia’s and eventually the world’s most well-read and influential magazine among overseas Indians. Believer of quote “This above all: to thine own self be true, And it must follow, as the night the day, Thou canst not then be false to any man. – William Shakespeare.” Shobha is really Inspiration personified to all those budding entrepreneurs who have burning desire in their heart to prove something in life.

Womenlines wishes Shobha best of luck and success in life!