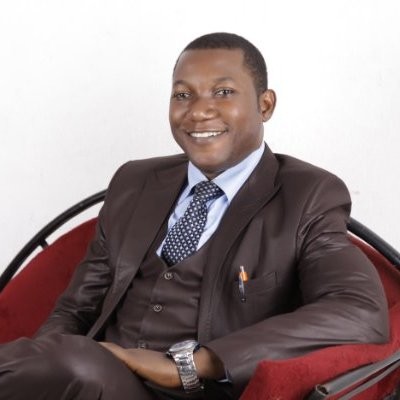 Womenlines takes pleasure to share about a powerful campaign in Nigeria named ‘Building Young Entrepreneurs(BYE)’. Founder Bright Oloyo, Motivational speaker, Business consultant, mentor, career coach and C.E.O of Black Pride Multipurpose Company, with a collection of seasoned Entrepreneurs from around the world are embarking on a rescue mission “Building Young Entrepreneurs” across Nigeria, Africa’s most populous black nation. This campaign is based on the theme ‘Steering  Young  Minds Towards Entrepreneurship and  Good  Leadership.’ Considered to be the biggest campaign running over 1000 schools across Nigeria.

THE SAD REALITY – TALE OF A NIGERIAN GRADUATE.

I arrived at Lagos seven (7) years after graduation in search of greener pastures, and I found the pastures though not very green. Barely a year after my arrival, I applied for a banking job along with several others and I was among the few fortunate ones who got the job.

I lived at Alagbado on the outskirts of Lagos mainland and worked at Lekki which is on Lagos Island. It is a forty-four-kilometre (44km) journey but could last several hours due to traffic congestions, hence I had to leave home at 4:30 am each morning to enable me to arrive the office before 7:30 am which is my resumption time.

The journey to the office was nothing compared to my return journey. The traffic back was usually hectic and I arrive home between 10 pm and 11 pm most nights. I had roughly three (3) to four (4) hours sleep on weekdays. Life was hard, but with time I got used to it. I was fortunate to have a job and will do whatever it took to keep it.

It was a Friday and not having enough sleep was the last thing on my mind. I am a marketer and on Fridays, we gave our weekly activity report in a marketing meeting headed by our branch manager. These meetings were a place to shine if you were meeting your targets but dreaded if you weren’t.

I have been fallen short lately and dreaded Fridays. Today was going to be worse because the week has been extremely poor, I couldn’t even open a single account the entire week. The country was going through a recession and it has been increasingly difficult opening accounts lately. However, the bosses didn’t care, you had to meet your targets or be shown the way out.

“You will certainly not be with us at the end of this year, the way you are going”. Those were the final words of the branch manager directed at me. As envisaged, I was torn apart at the meeting, thoroughly tongue lashed. I got back to my desk and discovered I have been issued a warning, two more and I would be sent packing.

I looked at my watch it was 7:15 pm, the branch manager had just left for home. I bade him farewell, just to make sure he noticed I was still around when he left. I had rounded up my activities for the day as early as 5:00 pm, but there was no way I was going to leave the office before him on a day like this.

I switched off my system, grabbed my bag and commenced the hectic journey home. By the time I got to Oshodi bus stop, where I was to take a final bus home, it was already 9:25 pm. I was tired and angry with myself and the world. I was holding my suit on one hand and my office bag on the other, my tie was folded and tucked in my pants pocket as I stood in the overcrowded bus stop waiting for a bus to take me home.

The crowd at this bus stop every Friday was massive. I have struggled unsuccessfully on three (3) occasions to board a bus heading to my destination. Suddenly I felt some funny movement behind me and I turned instinctively and saw two roughly dressed boys running. The woman behind me said “Oga, dem don carry your wallet” meaning “Sir, they have stolen your wallet”.

I quickly transferred my office bag to my other hand with the suit and frisked my pockets, sure enough, my wallet was gone. For a few minutes I was confused, and thou I knew the pocket I had placed my wallet, I had to check every other pocket to be sure. And it hit me, my wallet was gone, and I was standing in a crowded bus stop at 9:45 pm without a dime.

At that moment, my sorry life flashed through my mind and I felt like crying. I felt life had dealt me a wrong hand, I felt cursed.

I have always been a brilliant student, top of my class all through my secondary/high school days. I had big dreams of working in a multinational oil firm, hence even though I had the chance of studying medicine in the university, I opted for mechanical engineering, and as expected I graduated with very good grades from a prestigious university ten (10) years ago.

The chaos of people scampering for a bus brought me back to reality. How was I going to get home? My ATM cards were in the wallet that was stolen, hence I couldn’t make any withdrawal, at least not immediately. I had only one option “UBER”.

I had the app on my phone but have never used it. I remembered someone saying in the office, you could link your account to it and you didn’t have to pay with cash. I tried it and it was quite simple and straightforward, within minutes I have added my account details and booked a ride. The fare was two thousand nairas (#2000) approximately five dollars ($5), which was five per cent (5%) of my monthly take home…… for a single ride. Now I remembered who was talking about the uber service at the office, it was my boss. Certainly, no staff on my pay grade would dare consider this. I wished there was an alternative, but sadly, there wasn’t.

As I waited for my ride, I went down memory lane, ten (10) years have passed since I graduated from school with high hopes, and here I was, no oil job, not even practising what I studied, but working as a contract staff for a new generation bank as a marketer with a monthly take-home of forty thousand naira (#40,000) approximately one hundred dollars ($100), which came along with insults and threats from my bosses for failure to meet targets. I was squatting with a friend and could barely feed.

I thought about my ever loving and understanding parents back home who had made so many sacrifices to see me through school, not once in the last ten (10) years have I sent a dime to assist them, they even sent me ten thousand nairas (#10,000) approximately twenty-five dollars ($25) last month to support me. Life was certainly not fair to me.

It was the salty taste in my mouth that made me realize I was crying. At that instant, my phone rang, which brought me back to reality. It was the uber driver, he had called me earlier to confirm my location, and now he was calling to tell me he had arrived at the bus stop with his hazard lights on. I saw him and quickly wiped my tears and moved towards him. I opened the back door and got in. the driver turned and said good evening sir are you, Mr Bright?. I looked at him and we both froze ………..to be continued

In Nigeria, six (6) out of every ten (10) graduating students are unemployed, and the country’s National Bureau of Statistics (NBS) states that over twenty-three per cent (23%) of working-age youths are without jobs or underemployed.

To support: visit www.bye.com.ng/donation to purchase an SDS e-book or make a donation.

Together, we can build a brighter future for the Nigerian child.