Skip to content
Loading...
Latest news
Healthy Recipes for Healthy You: Easy Tomato Soup Recipe
Best Natural Foods to Replace Health Supplements
How to use EFT Tapping to align your Thoughts with your Desires
How to Get to Know a New Neighbourhood
A Woman of Substance on a mission to make Womenfolk Self- Reliant- Dr. Sulochana Segera
Events for Excellence 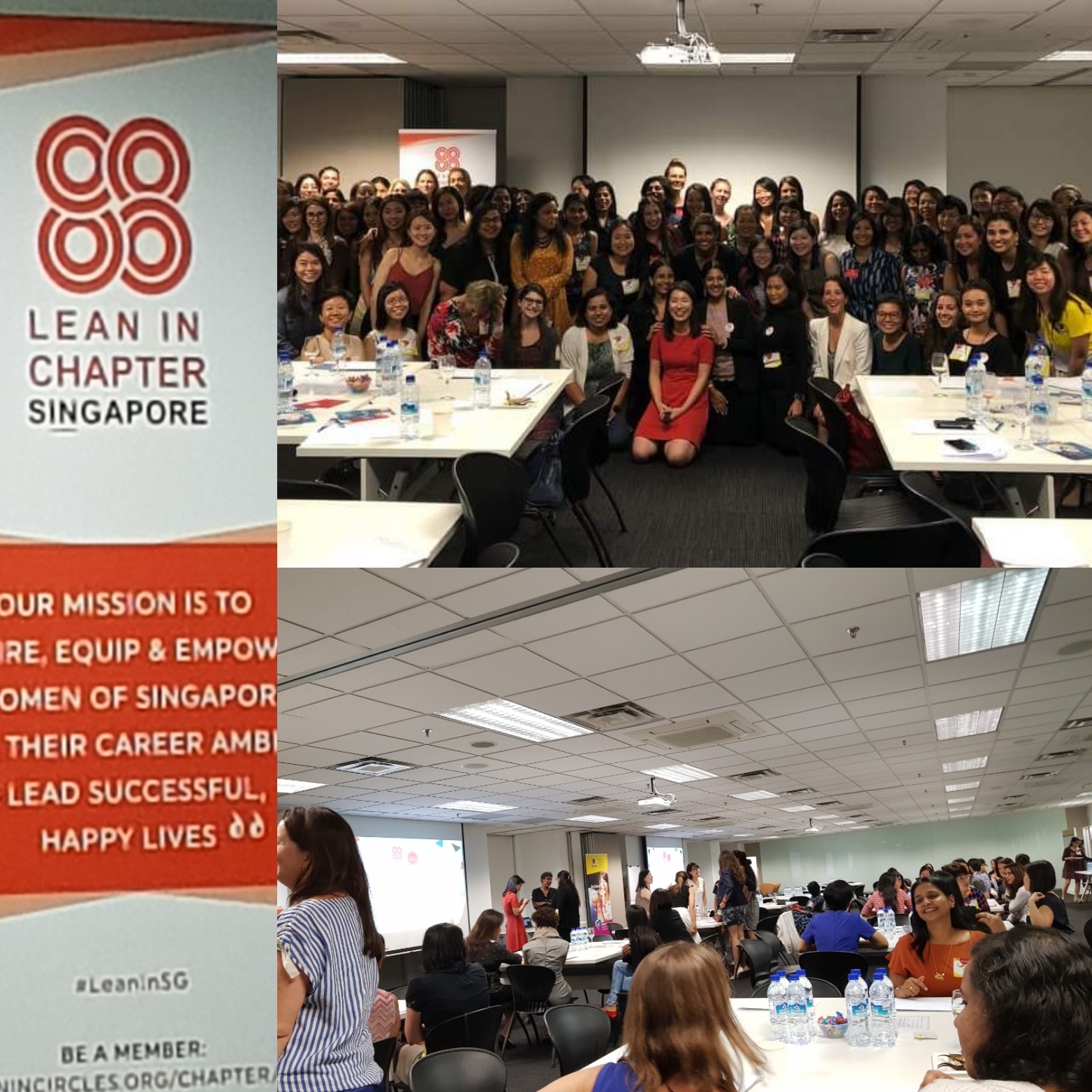 Lean In: Women, Work, and the Will to Lead, a book written by Sheryl Sandberg, the chief operating officer of Facebook has always been very dear to me as it completely changed my thoughts pattern in a very positive way. I came across Lean in circles through social media and finally got a chance to attend a Lean In Circle event for Women in Tech Community in Singapore.

‘Women in Tech-Power of Circles’ event was organised by Singapore chapter of Lean in at OUE Downtown 2 on 25th April. Lean in community harnesses the power of peer support with circles under various interests groups in Singapore. There are almost 68 circles in Singapore. Lean in circles are small groups who meet regularly to learn and grow together. This event which was sponsored by Aviva gave an opportunity to network with the tech community and witness the power of circles.

At the event, valuable tips were shared and inspiring guidance was given on how to overcome the Unconscious Bias that often prevails in male-dominated industries like the tech scene and the importance of circles to overcome it. Real life tips were suggested during the circle discussion: find a posse to make yourself heard, be persistent in calling out unconscious bias and don’t forget to keep a good sense of humour!

Real life stories were also shared at the event. Three Singapore Circle leaders: Padmini Pandya (Adobe), SETUP Circle Leader, first explained the importance of getting a reality check from your peers once in a while and adds that circles, besides the fun they can be, have very powerful effects on your career. She was followed by Ellie Warner, Standard Chartered Bank Circle Leader: “Creating the SCB Circle has had a huge impact on me, both professionally and personally. It makes me feel enormously proud to be part of this movement. If you want to embark on that journey, go for it, there’s no going back.” Finally, Ana Garcia del Molino, AI Singapore Circle leader, revealed: “I haven’t started my career in the industry yet but I have a lot of information already on how to negotiate, how to build a network so that everything is easier.” Later  Uma Thana B and Aim Kusuwan, respectively Lean In Singapore co-founder and leader, spoke about the importance and the #PowerOfCircles, especially in the tech industry: “Our mission is to empower women and to make you see that you can achieve anything.”

This is called Women Power. Together we can grow, support and care for each other and achieve our dreams. Visit https://leanincircles.org/chapter/singapore to know details about Lean in!