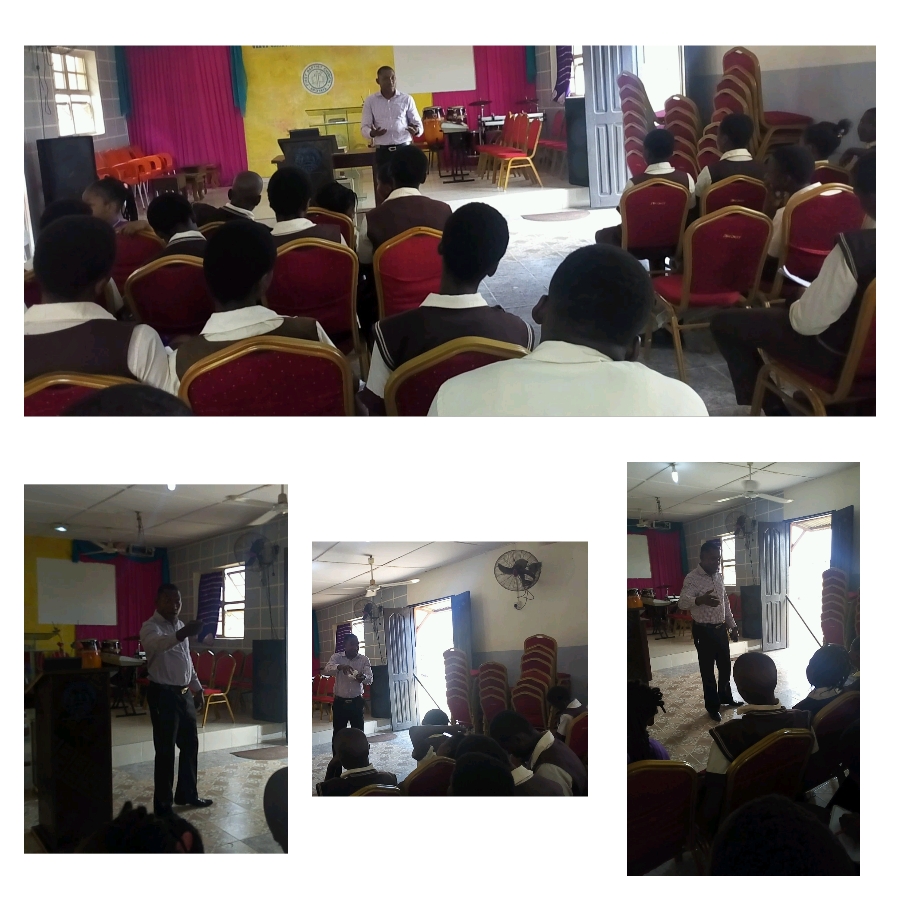 Womenlines takes pleasure to share about a powerful campaign in Nigeria named ‘Building Young Entrepreneurs(BYE)’. Founder Bright Oloyo, Motivational speaker, Business consultant, mentor, career coach and C.E.O of Black Pride Multipurpose Company, with a collection of seasoned Entrepreneurs from around the world are embarking on a rescue mission “Building Young Entrepreneurs” across Nigeria, Africa’s most populous black nation. This campaign is based on the theme ‘Steering  Young  Minds Towards Entrepreneurship and  Good  Leadership.’ Considered to be the biggest campaign running over 1000 schools across Nigeria.

I opened the back door and got in. the driver turned and said good evening sir are you Mr Bright?. I looked at him and we both froze ………..Sitting right there in front of me was Tony, the best graduating student in my set. I could hardly believe my eyes. I called him by his nickname uncle Thomas, been short for Thomas Edison. He called mine “Funnybone” (I always had a joke or two back then in school). We screamed, I alighted and came to seat in front with him, and we hugged.

Tony, was not just an ex coursemate, we were in the same scripture union (a Christian group) and he was the president, while I was the vice back then in school. We lost contact after graduation and posting for the mandatory National Youth Service Corps (NYSC), we were posted to different states.

He called me a big man (rich man) and said he will have to end the trip so I can buy him a few drinks and we could catch up. Before I could respond, he had ended the trip. Alarmed I told him the unfortunate incidence of my wallet. He sympathized and offered to drop me off for free, but insisted we hang out a bit on his tab, and I promised to revenge (reciprocate) on our next time out.

However, I told him we needed to eat first because I didn’t want to drink on an empty stomach. To reduce expenses, I usually skipped dinner (I didn’t tell him that thou). We spotted an eatery and he drove in, as I ate a lot went through my mind. What was Tony doing driving a cab, I concluded it must be an adventure for him, for Tony loved trying new things.

After eating, he took me to a lounge for drinks, and we chatted about anything and everything. He told me he now had two kids, he got married right after the one-year mandatory service to Mabel, a year two student who was also a member of the scripture union back then in school. I remembered Mabel, she was quite pretty with a face you could not forget in a hurry, thou I never knew they had anything between them. I admired him, he had a family and a car, while I was still squatting with a friend and living from hand to mouth.

He asked me where I worked, as I told him his eyes were lit with admiration and his next words startled me. “Bright, you have to help a friend. Things are very difficult for me and my family right now”. He told me he had to get married to Mabel because she got pregnant and they didn’t want to commit another sin by aborting. He virtually saw her through school because her parents stopped financing her education after she got pregnant. It has been one menial job to another just to make ends meet and training two kids has made it more tasking.

His eyes were teary as he narrated his ordeal, no meaningful job since graduation, his wife was working at a private primary school where the kids attended for a paltry ten thousand naira (N10,000 / $25) monthly salary. The Uber car he drove wasn’t his, it belonged to a mean young man who never attended a university but had a thriving electronics business. He constantly threatened to retrieve the car from him at the slightest provocation, and actually did a few months ago when he failed to meet his weekly payments due to his eldest son been hospitalized. It took the intervention of Mabel who had to visit him with the kids, kneeling and begging before he agreed to give him back the car. At this point, the tears came down his cheeks and I consoled/encouraged him while dapping my teary eyes.

He dried his eyes and smiled sadly reiterating his plea for my help, and I had to open up. Told him I was actually a contract staff on a forty thousand naira(N40,000 / $100) monthly salary, was squatting with a friend, had no savings and was at the verge of losing my job for failure to meet targets. The thought of getting married hasn’t crossed my mind because I couldn’t even afford a place of my own. Life was cruel and I considered myself a failure in every sense of the word. When I was done talking, we were both quiet for a while, then he said: “education is a scam in this country”. He spoke briefly about his boss, who was much younger than him, had no university education, yet was doing so well as a business owner.

The journey home was a sad and quiet one, we exchanged numbers and promised to meet up sometime. I bade him farewell as he drove off and walked inside. The power was out (a constant trend) and my friend was fast asleep. I looked at the time, it was 11:45 pm, I was too tired to undress or take a shower, I simply kicked off my shoes and lay beside my friend in the single room apartment we shared.

I was physically and emotionally exhausted, but my thoughts were running wild. I thought about my days in school and how hard we studied, determined to come out with good grades. I thought of Tony a cab driver for someone else’s car, Mabel a primary school teacher and me a contract marketer.

I thought of my clients who opened accounts with me, the really successful or rich ones were the business owners and entrepreneurs, the others were merely salary earners, who ran their savings accounts like a current account, spending everything in it before the month was over. I wished I had started a business many years ago, I wished someone has enlightened me about the future, I wish I had known better than to believe the “good grades for good job” slogan, I wished life came with a rewind button.

That night, I resolved to share my story with the world, I resolved to preach entrepreneurship to the next generation. I couldn’t change the past, but I could influence the future and hopefully change the narrative of the Nigerian youth. As I faded off to sleep, I thought about Tony’s words “education is a scam in this country” and wondered if they were true…… THE END

Nigeria is plagued with security challenges and there is a massive increase in crime and criminal activities perpetrated by youths. its unemployment rate is projected to reach 33.5% in 2020, and the National Bureau of Statistics (NBS) states that 55.4% of working-age youths are either unemployed or under-employed making this a rescue mission.

Your support and contributions to the “Building Young Entrepreneurs” (BYE) campaign will go a long way in transforming the lives and future of a large number of Nigerian youths.

To support: visit www.bye.com.ng/donation to purchase an SDS e-book or make a donation.

Together, we can build a brighter future for the Nigerian child, and we must.