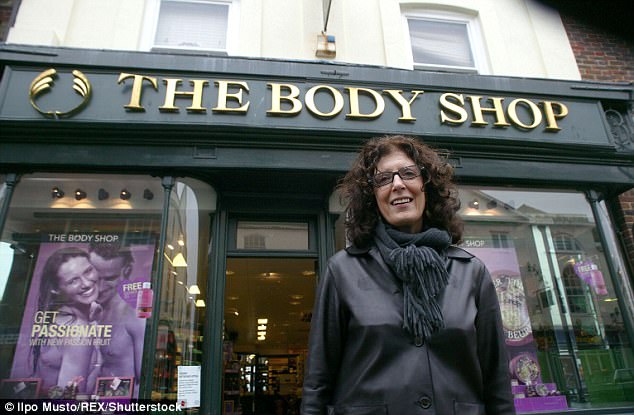 It was interesting to read about Dame Anita Roddick founder of Body Shop, in a book named Exceptional Entrepreneurship, which reports real-life lessons from top business leaders!

Dame Anita Roddick was the owner of Body Shop, which, has 2,400 stores in 61 countries, and is the second largest cosmetic franchise in the world, following O Boticario, a Brazilian company.The body shop is now part of the L’Oreal corporate group.

During her lifetime, Body Shop founder Anita Roddick had built a reputation for innovation, integrity and social responsibility. She died at age of 64, in 2007 as she suffered from a major brain haemorrhage.

Dame Anita set up the first Body Shop in Brighton in 1976. She pioneered cruelty-free beauty products and turned them into a highly profitable business. She is a real inspiration to all businesswomen. To quote her from this book-

“ I am aware that success is more than a good idea. It is timing too. The Body Shop arrived just as Europe was going ‘green’. The Body Shop has always been recognizable by its green colour, the only colour that we could find to cover the damp, mouldy walls of my first shop. The company went public in 1984. Since then, I have been given a whole host of awards, some I understand, some I don’t and a couple I think I deserve. Businesses have the power to do good. That’s why The Body Shop’s Mission Statement opens with the overriding commitment, ‘To dedicate our business to the pursuit of social and environmental change.’ We use our stores and our products to help communicate human rights and environmental issues.”

It is so inspiring to know about the passion of Anita Roddick to work for climate and environment safety through her work. Her campaigns are the reflection of her motives in life to make this world a safe place to live.

Some of her campaigns-

· 1985 – Stop the dumping of toxic waste in the North Sea, Greenpeace

Anita Roddick was having a basket full of various awards from various governments like in 1984 – Veuve Clicquot Business Woman of the Year, 1988 – OBE – Order of the British Empire, 1996 – Women’s Center’s Leadership Award, USA and much more.

Some of her inspiring quotes which I came across this book-

“When enthusiasm comes from heart its unstoppable because of its driving your life and its part of the template of who you are.”

“Women are good at combining their interests with their skills and transforming them into a livelihood.”

“Entrepreneurs are anti-hierarchical creative people who are obsessed with their businesses. They are also a fountain of ideas but often need others to help make them happen.”

Anita Roddick is an inspiration to all those businesswomen who want to do something in life with a difference!